AO OKB Zenith since 2009.has been engaged in engineering and manufacturing of equipment for hydraulic fracturing. The first step towards manufacturing of equipment for hydraulic fracturing was production of "Stinger " seal for 146mm and 168mm casings which was developed and produced in cooperation with the specialists of "RN-Yuganskneftegaz". "Stinger" seal is intended to protect the wellbore of the casing against dynamic effects of operation medium during various technological operations, implementation of which requires a pressure drop within the casing.

According to the results of the work it became clear that the technique is effective, greatly reducing the time of well completion and increasing production rate and the equipment offered by our company is unique and allows to perform operations on multy-stage hydraulic fracturing in an open hole of 123mm. 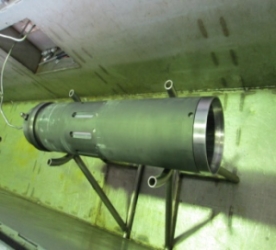 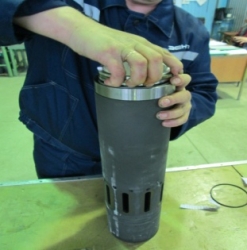 While producing equipment for multistage hidraulic fracturing the latest technology and the latest software are used .All stages of production are monitored and fixed in the electronic system, the final operation of the production process is acceptance tests of each piece of equipment on the stand with 750 Atm. pressure drop .

Due to all this, we get a reliable and accurate operation of our equipment in the field.

Since the beginning of 2012. and up to the moment more than 50 multistage hydraulic fracturing operations have been made in the fields of our customers: "Samotlorneftegas", "Gazprom Neft-NNG","Gazprom Neft-Muravlenko", "GPN-Razvitiye" branch "New Port", "Irkutsk Oil Company ", " Slavneft- Megionneftegaz. "

Multi-stage fracturing technology has shown its viability and effectiveness, so our company is continuously working on expansion of the range of equipment for MHF.